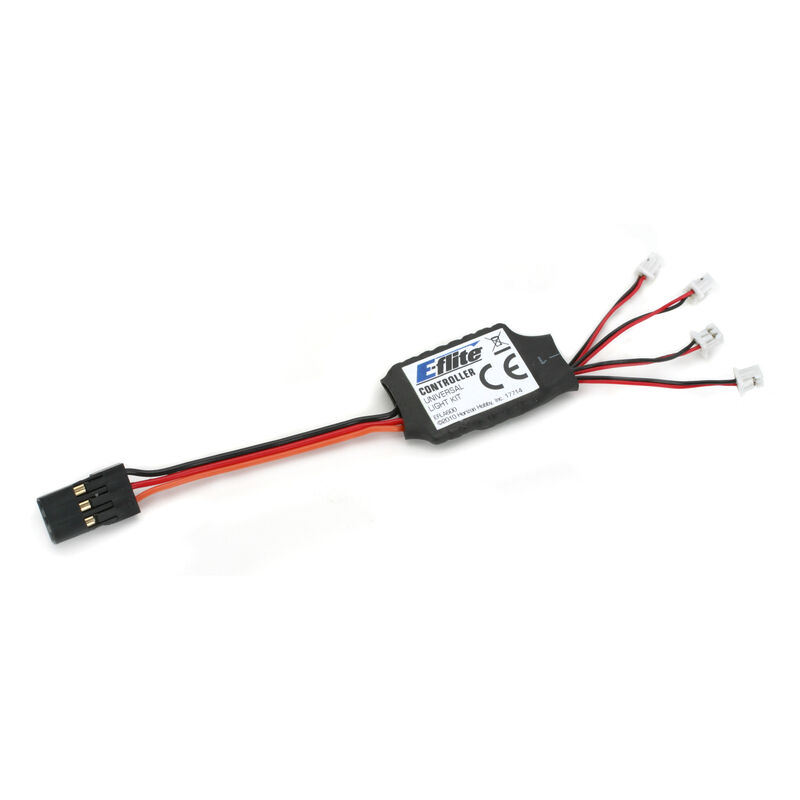 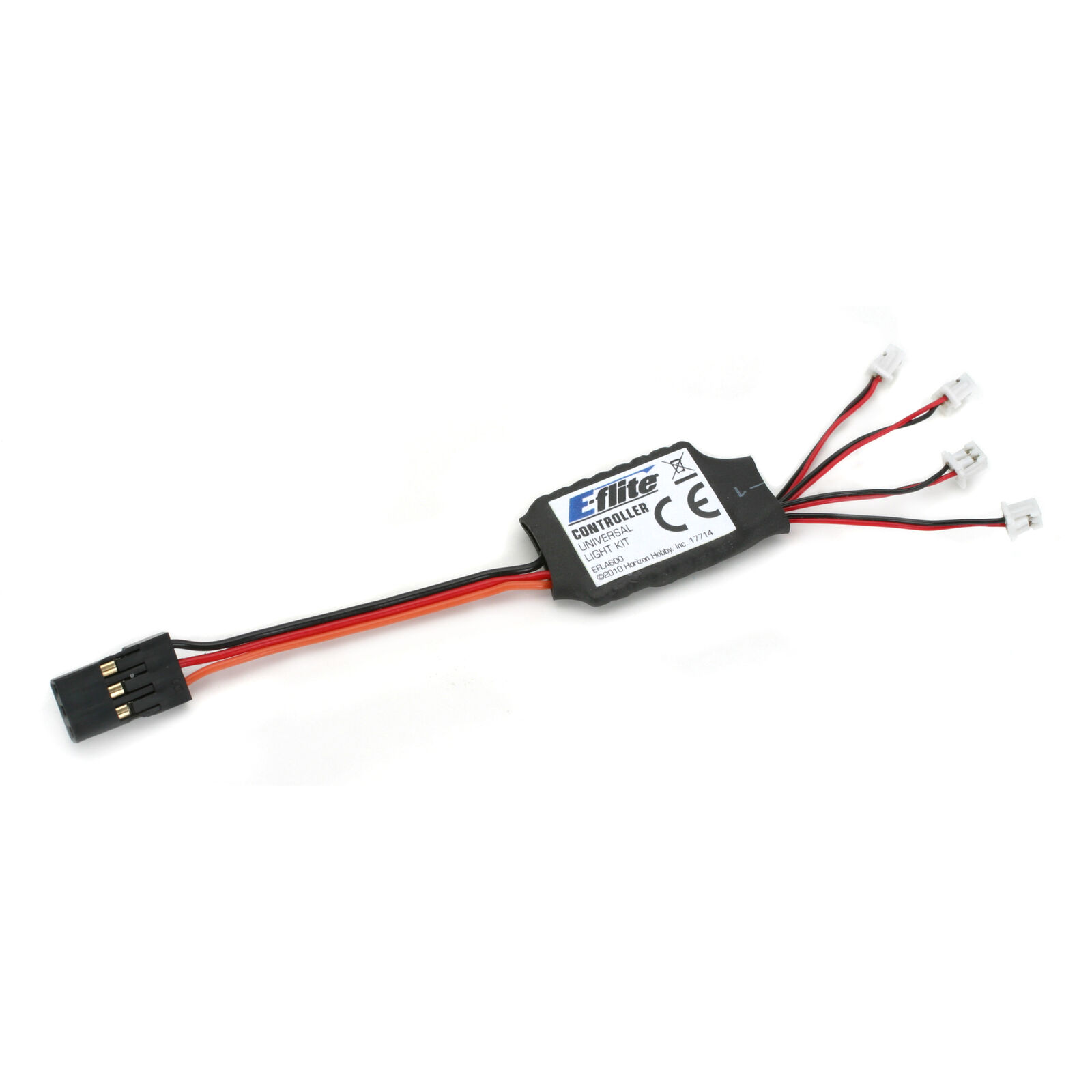 Share
The link to Controller: Universal Light Kit has been copied

Input Voltage 3 – 5.5 volts
Do not exceed 5.5 volts this will damage your controller

On – Off can be operated by a channel on your receiver
On – Off occurs at approximately middle stick position
On at > 1.5ms - Off at < 1.5ms

The lights are small, simple to use, and plug directly into your Rx. I should note that you need to have an open channel. If you plug into channels 2 to 4 (Aileron, Elevator, Rudder) you will need to move the control stick to activate, and opposite movement will turn them off. (I had mine on the aux aileron channel on the AR500 and it would turn off when I banked LEFT!) If you have an open GEAR or FLAP channel then hooking it to those makes it so that you can control then on and off with a switch. On my Stinson, using a 6110e Rx, I have it set to the GEAR channel and it works great. I could see a problem though if you were running a plane with gear and retracts and only have a 6 channel Tx as you would need to Y it to either flaps or gear and could not have your lights ON without one or the same being deployed!

That stated, it works exactly as advertised, is a relatively in-expensive and straight forward to use add on and the lights are quite bright.

I did think the extentions, which come in 6 or 12 inch lengths, with or without Y endings, were a touch expensive but if you're like myself and not that handy trying to solder tiny wires and lights then this is a GREAT way to get very nice lights onto your models with a minimum of fuss!

PLUSES:
Very easy to use / setup.
Nice to be able to control them from your Tx
Bright
Ready made extensions, etc., no soldering!

MINUSES:
You need an open Rx channel past channel 4 to truly use these.
The accessories (extensions, lights) are a bit pricy for what you get. (But you do pay for convenience!)