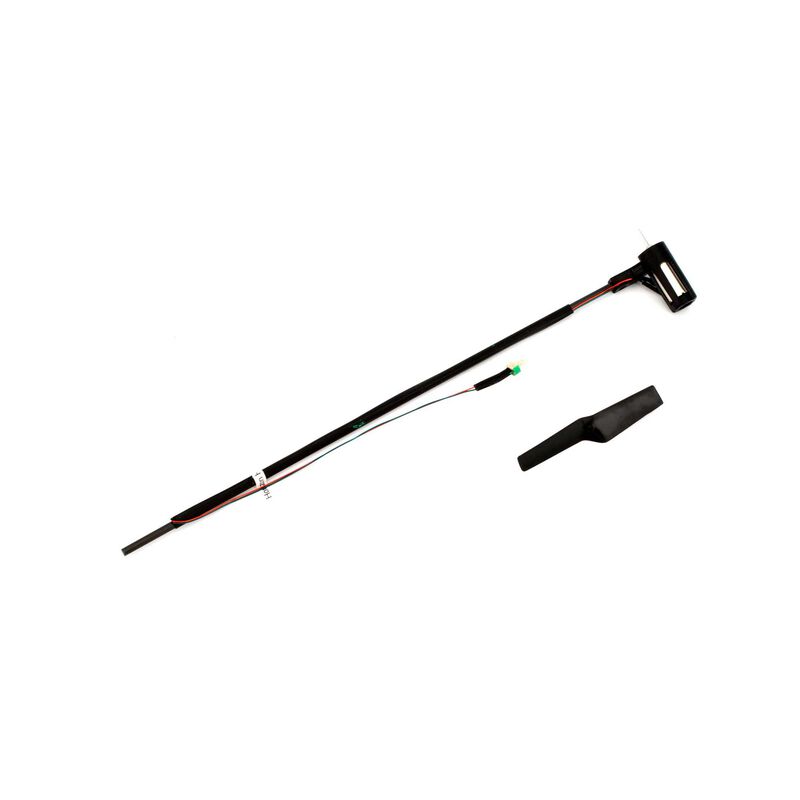 Share
The link to Long Tail Boom Assembly: mCP S/X/X2 has been copied

I happened to find that this tail boom is offered along with the stock one as a replacement. As it is the same price as the stock tail boom, I had to give it a try.

It is very strong with the solid carbon fiber rod. Because it is solid, the tail motor wires are on the outside with heat shrink tubing holding them on. The tail might not look as clean with the wires on the outside, but it seems much more durable. When installing your tail fin, be careful not to pinch the wires. Also, like another reviewer said, the wires are a bit longer and will have to be wrapped several times around the frame pin.

The tail is also about an inch longer than the stock one. This added length gives the tail rotor more leverage. The result is better tail-holding ability and a more locked-in feel. As I do not fly 3D yet, I can't say if this tail boom reduces or prevents the infamous mCPX tail blow out when performing extreme maneuvers.

If you are like me and use your retail box to store and transport your mCPX, it will not fit with this tail installed. Carving away the foam from the top and bottom halves where the tail boom extends will allow it to fit.