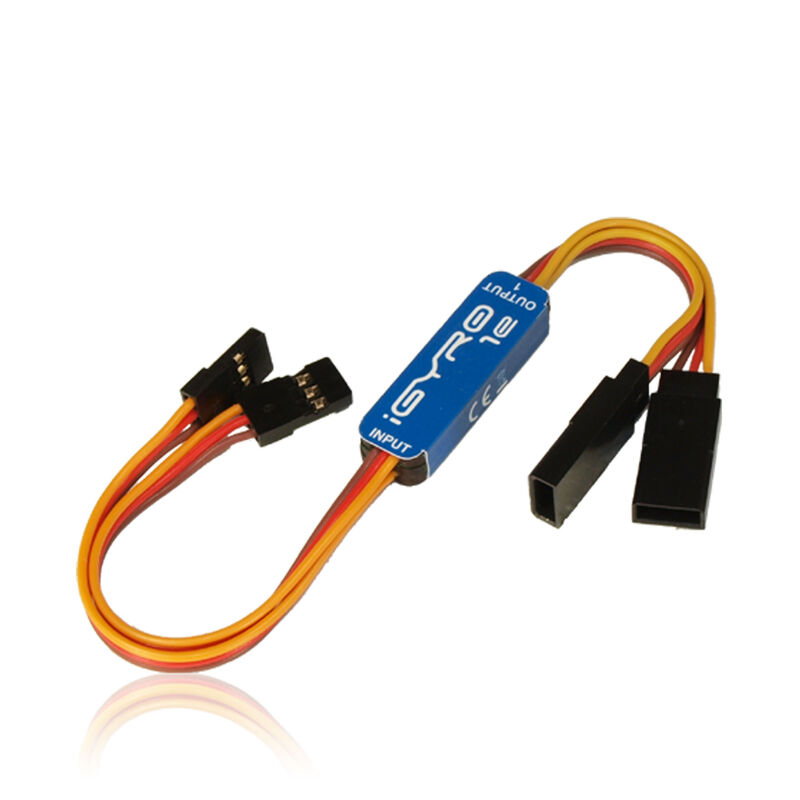 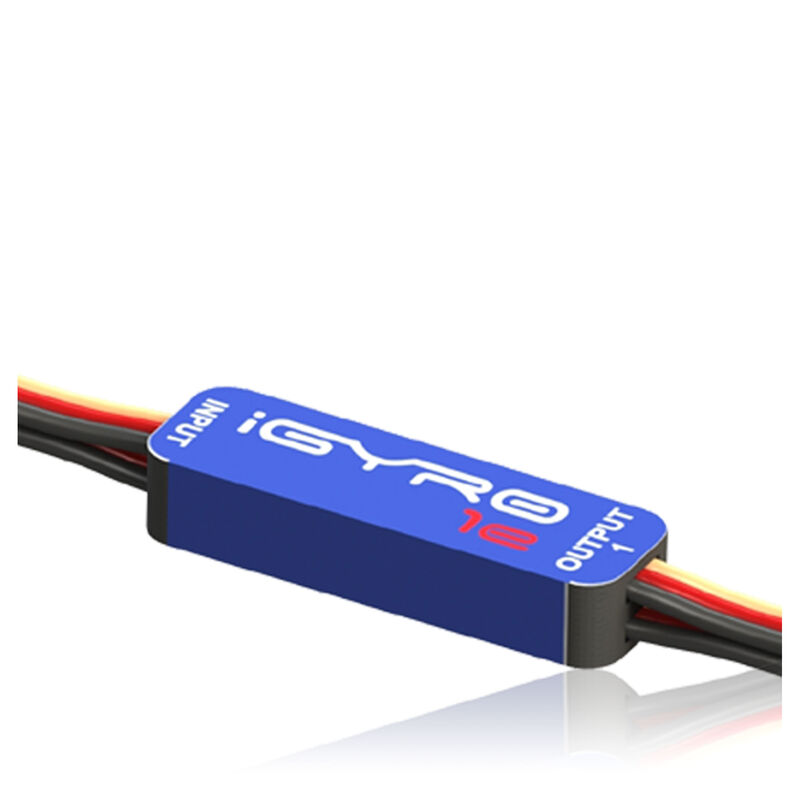 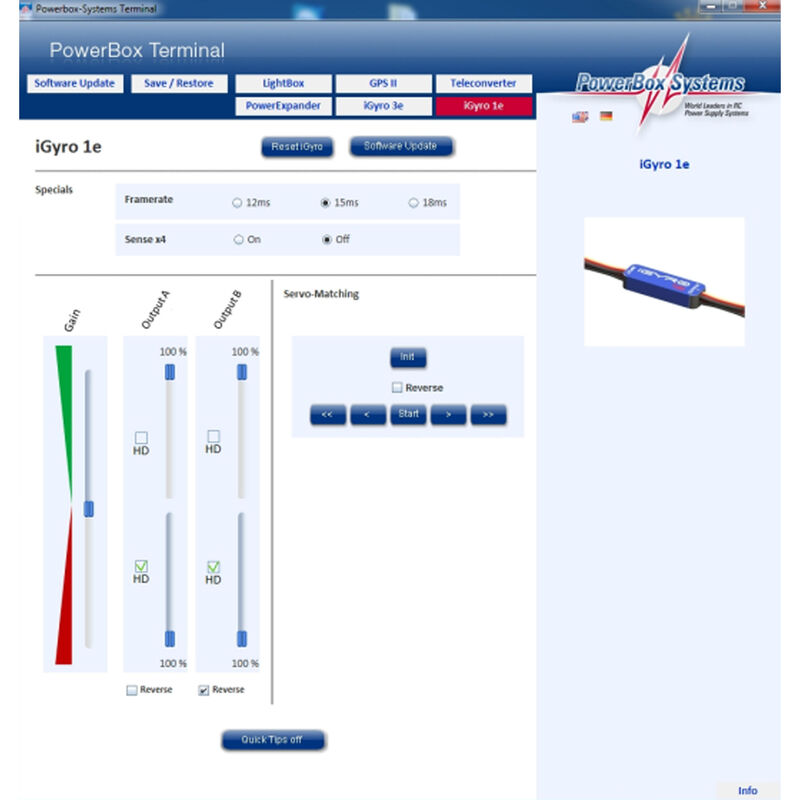 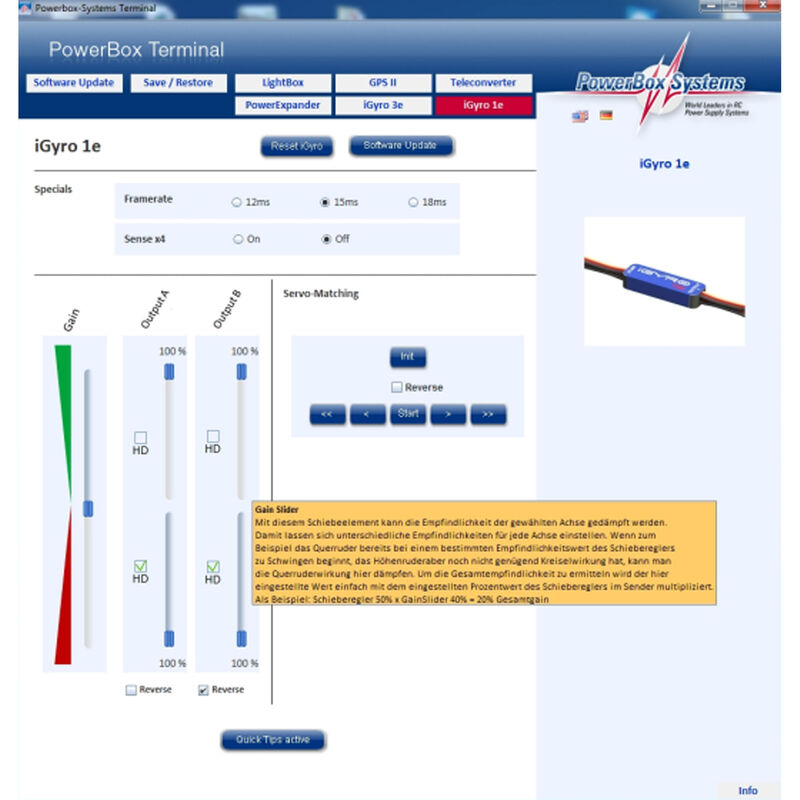 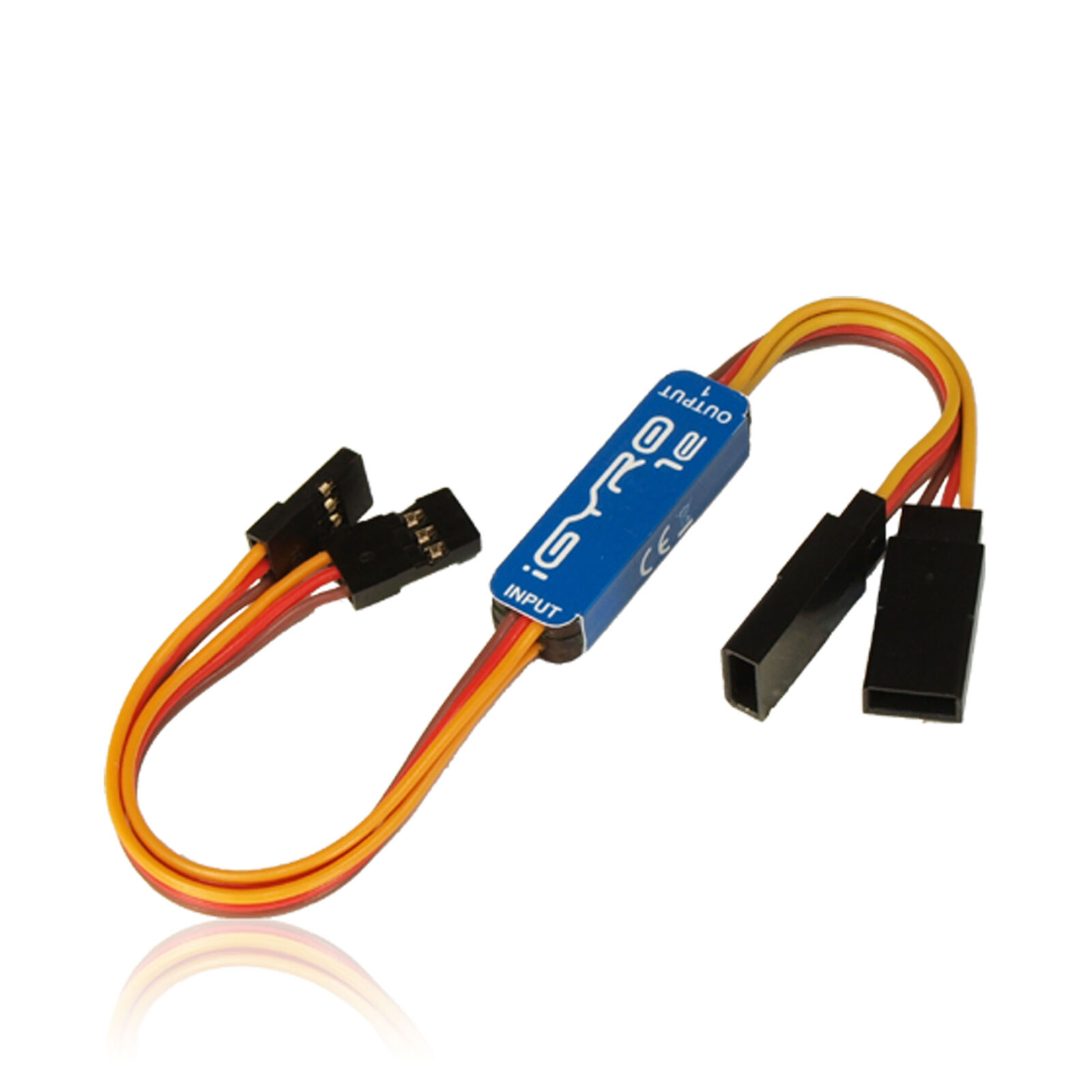 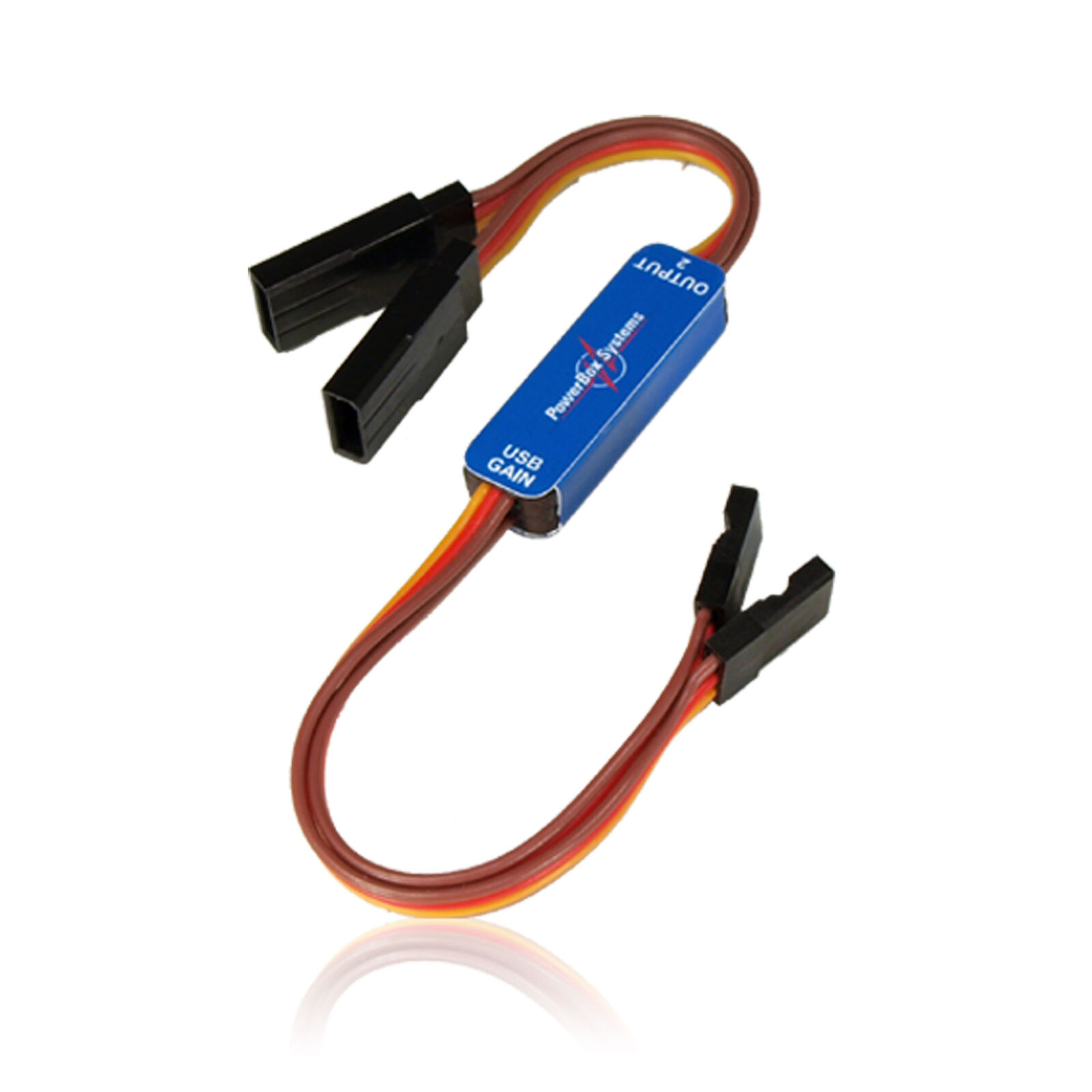 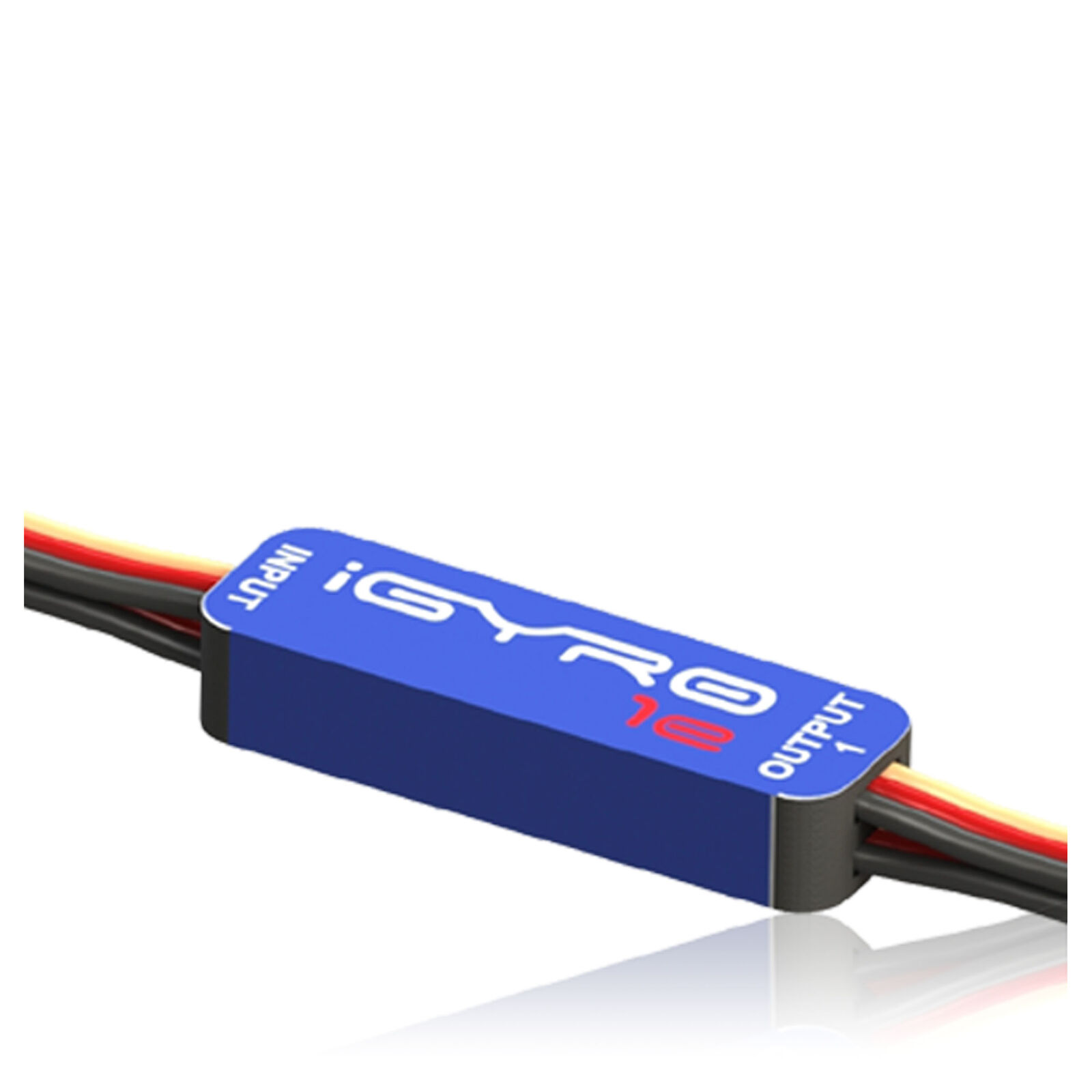 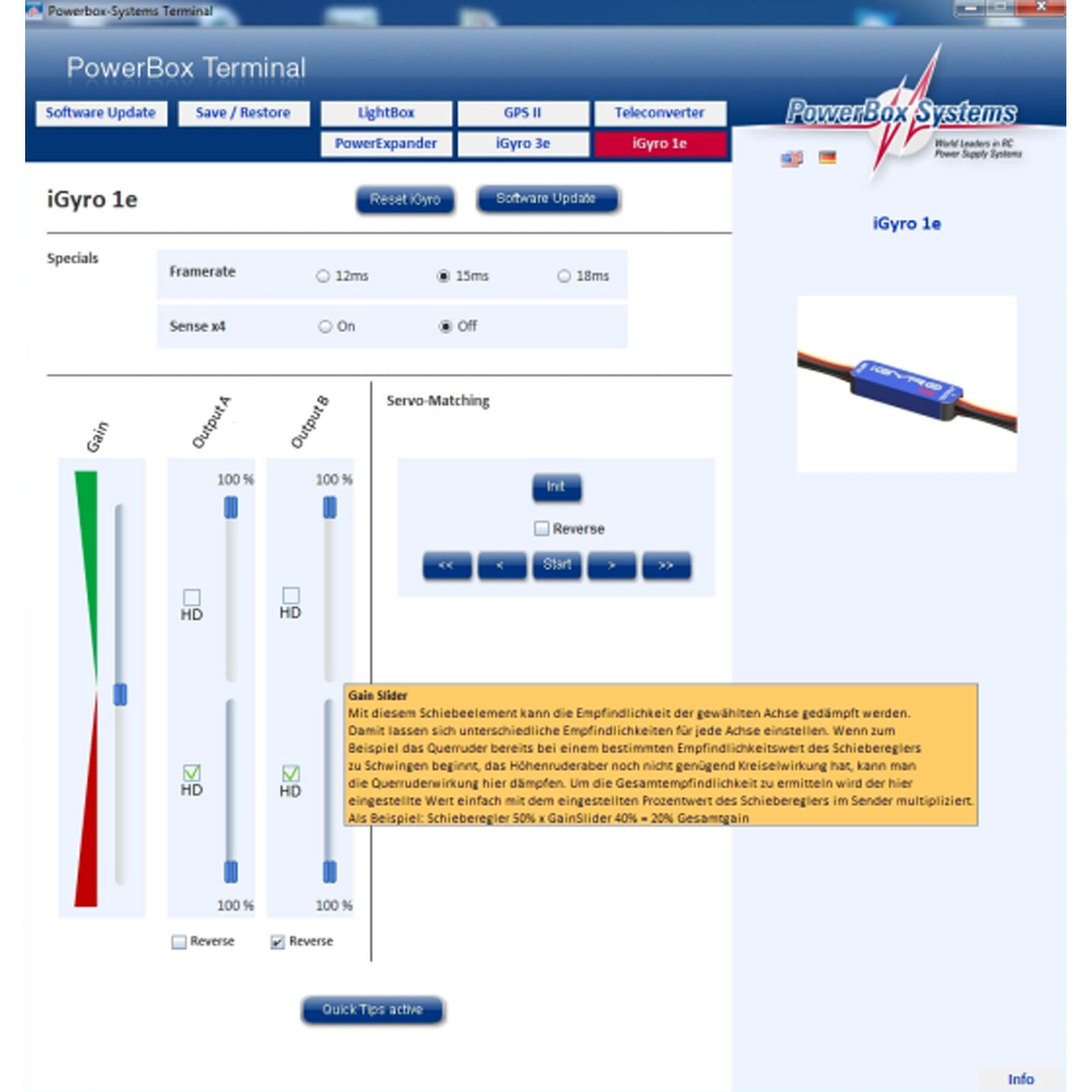 Share
The link to iGyro 1e has been copied

As with the iGyro 3e, the impressive feature of the iGyro 1e is just how easy it is to use. The device can be used immediately after it is unpacked: plug in, fix in place, fly.

In every respect its performance is as good as the renowned larger iGyro systems, and the little version imparts exactly the same iGyro feeling. The additional integral features are a world’s first in this class:

Two outputs can be set up independently of each other, both in terms of gyro effect and control function. This means: it is possible to adjust output 2 separately for the gyro’s direction of effect, and the servo’s direction of rotation, end-points and centre. This integral servo-match function can be exploited, for example, to use a single channel to control the rudder and steerable nosewheel, but set different gyro functions for both. Typically the nosewheel might be set up with a Heading function, but the rudder with Normal gyro function only. It is also possible to assign the gyro function to two ailerons without having to forfeit differential travel.

Another useful feature is the facility to store gyro gain automatically: if you are short of channels, you can set up the iGyro 1e once using a receiver output, then disconnect the gain input at the receiver; the set gain value is now automatically stored. The receiver output previously used is now available again for other functions.

The package is rounded off by two additional functions: frame-rate adjustment and Gyro-Sense x 4, which is designed for large, sluggish models. All the components employed in the iGyro 1e satisfy the same high quality standards as the large iGyro systems, and the device is 100% “Made in Germany”. Although the iGyro 1e is an obvious choice for small models, its quality means that it also guarantees the highest standards of precision and security in valuable High-End models.

The iGyro 1e can be installed in any model where there is only a need to stabilise one axis, whether the model is a glider, a jet or a power model. The iGyro 1e’s micro size even allows it to be squeezed into any F3B and F5J glider, and even in an RC model car, which will then maintain its exact heading with great reliability!