My first crawler was the Axial® Capra™ RTR. Like many folks, I went the RTR route knowing I could literally enjoy it “out of the box” and then later choose what upgrades to start adding. It turns out, deciding on upgrades, like Spektrum® servos, can be more challenging than selecting the vehicle in the first place. Even before my new Capra arrived, I was already watching countless YouTube videos, reading stories on upgrades, and more.

The steering servo consistently came out near the top as a simple and effective upgrade. In a crawler, the steering servo has a tough life. They run with no servo-saver, can have the vehicle’s full weight on one front wheel at full-lock, or even have the front wheels wedged between rocks and roots, and can run in mud and water.

Many RTRs get a bad reputation as coming with inadequate electronics and radio equipment. I had myself convinced before my new Capra RTR arrived this would be the case and already had a couple of other higher-end Spektrum servos on the way to compare and install as a key upgrade. I am pleased to report I was mistaken.

The stock Spektrum S614 steering servo installed in the Capra RTR proved to be quite capable. It is tough, reliable, precise, and for most situations, had ample torque. I did, however, find it to be a bit slow. You may ask why worry about servo speed in a crawler? The main reason is as your driving skill improves and you get into tight and tricky situations more frequently, having both speed and torque is a significant advantage and enhances the driving experience. A fast and powerful servo can literally allow you to “jump” the whole vehicle out of a tight spot and maneuver quickly.

I chose two upgrade options to test, both on the bench and in the Capra: the Spektrum S6230 and the S6280. The S6230 specs show compared to the stock S614 servo, I should expect a 50 plus percent increase in torque and much faster speed than the stock S614 servo, plus the S6230 runs on six volts so it is compatible with the stock RTR BEC output from the ESC. The S6280 specs show it should have 2.5 times the torque and faster speeds than the stock servo on 8.4 volts, and even at six volts would be quicker than stock and have nearly twice the torque.

Before comparing the three servos in the Capra, I decided to run them through my full set of bench tests to see how they perform and how the actual results compare to the advertised specs. I was extremely pleased to see that the stock S614 and both upgrade options performed amazingly well, surpassing almost every spec value.

So, how did these three Spektrum servo options perform in the Capra? The simple, one-word answer is amazing. The stock S614 worked just fine, always accurately tracking command, moving with authority, although slowly. It features a metal gear train, is waterproof, and sells for $20. Frankly, you should consider this servo as an “upgrade” for a variety of other RC vehicles if you’re on a very tight budget and the speed/torque meets your needs. In my bench testing, it produced 248 oz-in of torque, vs. a spec value of 201 oz-in, and was right on spec for speed at 0.200 seconds for a 60-degree sweep.

Next, I installed the robust, all-metal case S6280 high-voltage waterproof servo. This thing is an absolute monster, delivering 522 oz-in of torque at 8.4 volts in my testing (vs. spec of 496 oz-in). I ran it on 7.4 volts (middle of the rated range of 6.0-8.4 volts) in my Capra, and it performed exceptionally well. I got the front wheels jammed between rocks a couple of times, and it was scary how much power this servo has nearly breaking steering components.

My conclusion is this servo is a good choice, but probably more than what is needed for the Capra. I look forward to using it in a heavier rig in the future, where its raw power can be fully put to use. I used the Axial 231012 metal servo horn (vs. the stock plastic part) for this and the final test.

Finally, I installed the S6230 high torque digital waterproof servo. This servo is shorter than stock. However, a quick trip to my test stand made me realize how amazing this servo is. On just six volts, it produced 346 oz-in vs. spec value of 311 and is also faster than spec at a quick 0.124 second for a 60-degree sweep. Performance in the Capra was consistent with performance on the bench—exceptional and exceeding expectations! I grew to love this servo and, at $89.99, found it to be reasonably priced. Even with heavier wheels and a power system upgrade on the Capra, it still had plenty of capability to handle every situation I put it in.

I also quickly grew to love the speed. It made back-and-forth maneuvering much more enjoyable, and on several occasions, allowed me to “jump” the front of the Capra around, using a quick jab of steering input.

The Right Spektrum Servo for My RC Rock Crawler

In conclusion, any of these three Spektrum servos are great choices. For me, the best choice in my mildly-modified Capra is the S6230. For heavier rigs, I am confident the S6280 will prove to be among the very best. And if you don’t have the money to upgrade the servo or you choose to focus on other upgrades first, take comfort knowing the stock S614 is a robust servo to use until you’re ready to upgrade. 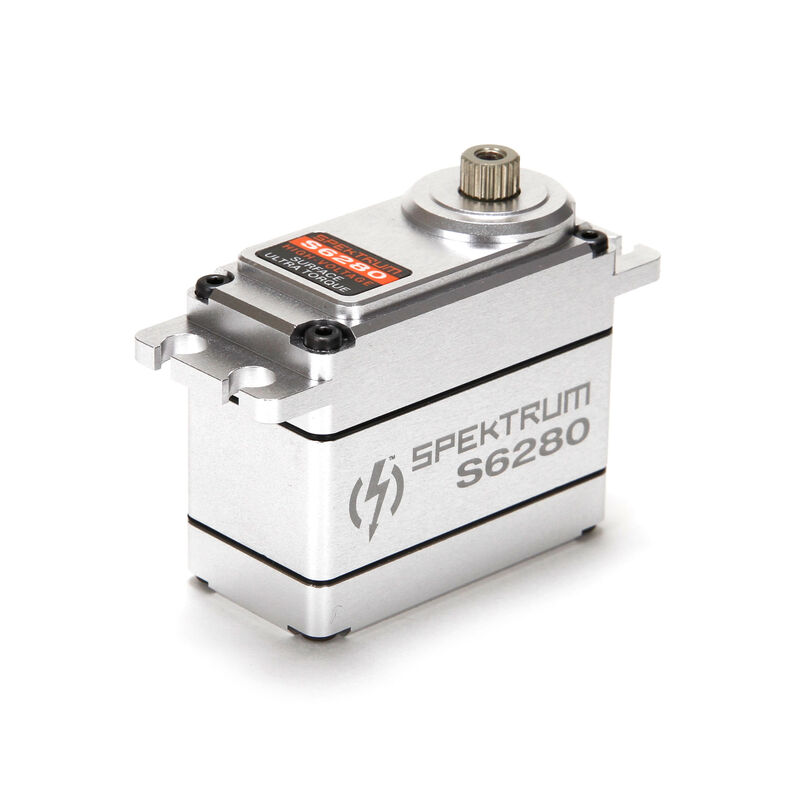 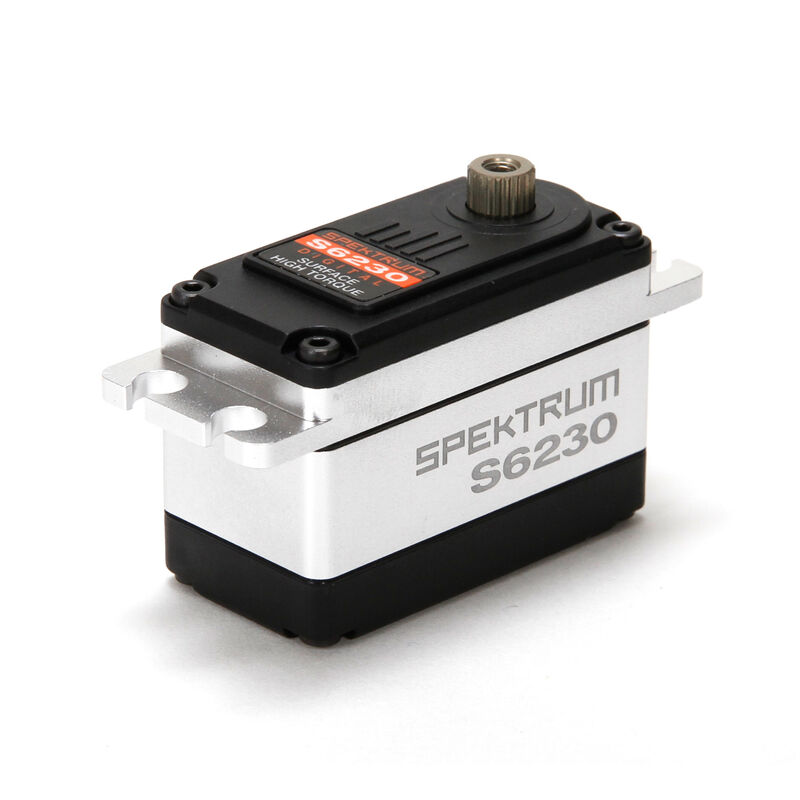 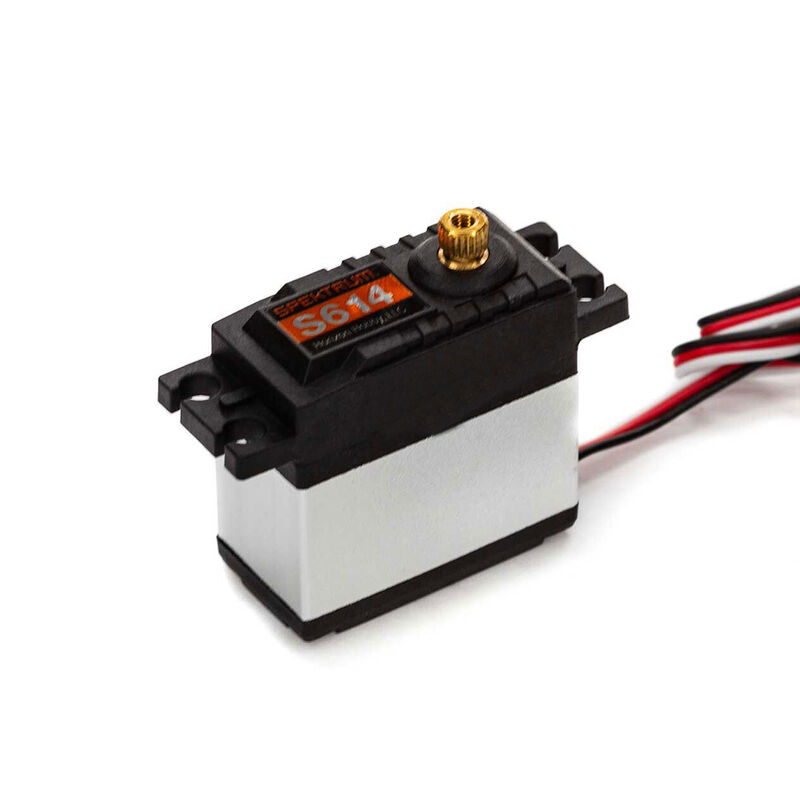